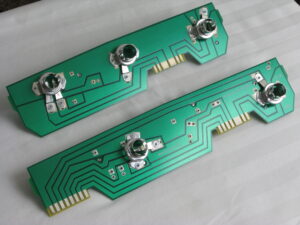 Earlier versions used the original hardware that was replated with marine-grade tinning.  Although they looked beautiful (at least I thought so) it became increasingly difficult to get the lampholders in good enough condition to refinish.  Also, LED lighting became more common so it is likely the next iteration of the GTV6 taillight PCBs shall feature LEDs, connection for a third, high-intensity light and fancy flashing to grab the attention of following drivers.

The problems are two-fold. First, the lampholders and contacts degrade with time and exposure to moisture increasing the likelihood of intermittent continuity. This can be mitigated to some extent by cleaning and smearing a little dielectric grease around the inside of the holder and the tip of the contact.

The original plating appears to be some sort of nickel. Nickel is not the ideal material in this application. The holders are ferrous and prone to rust when the plating wears. The contact wiper is plated brass.

Secondly, the PCB contact ‘fingers’ are prone to failure. As they fail heat is generated at the point of contact with the main plug, which hastens the degradation. Constant ‘fiddling’ to get a good connection between the plug and the PCB wears the plating on the PCB contact fingers. The underlying copper once exposed then corrodes and it is pretty much downhill from there.

I have seen the PCB’s in quite remarkable condition while others can be dire. One on my own GTV6 had been ‘repaired’ with a piece of copper held on with packing tape. The heat buildup was so intense that the circuit board was burnt.

So back in 2009, I decided to reproduce the taillight circuit boards. These are not exact copies. A serious failing of the original is that the PCB is single sided; the Motozane boards are double sided using a thicker substrate. This new method provides a far superior connection for the plug contacts with lower resistance and less heat. In fact, the connection area is doubled at the plug. This not only results in a far more reliable connection but also brighter lights; no bad thing.

As of February 28th, 2021 there are no concrete plans or timeline to manufacture the new LED taillights for the GTV6 but please use the contact form to express your interest. 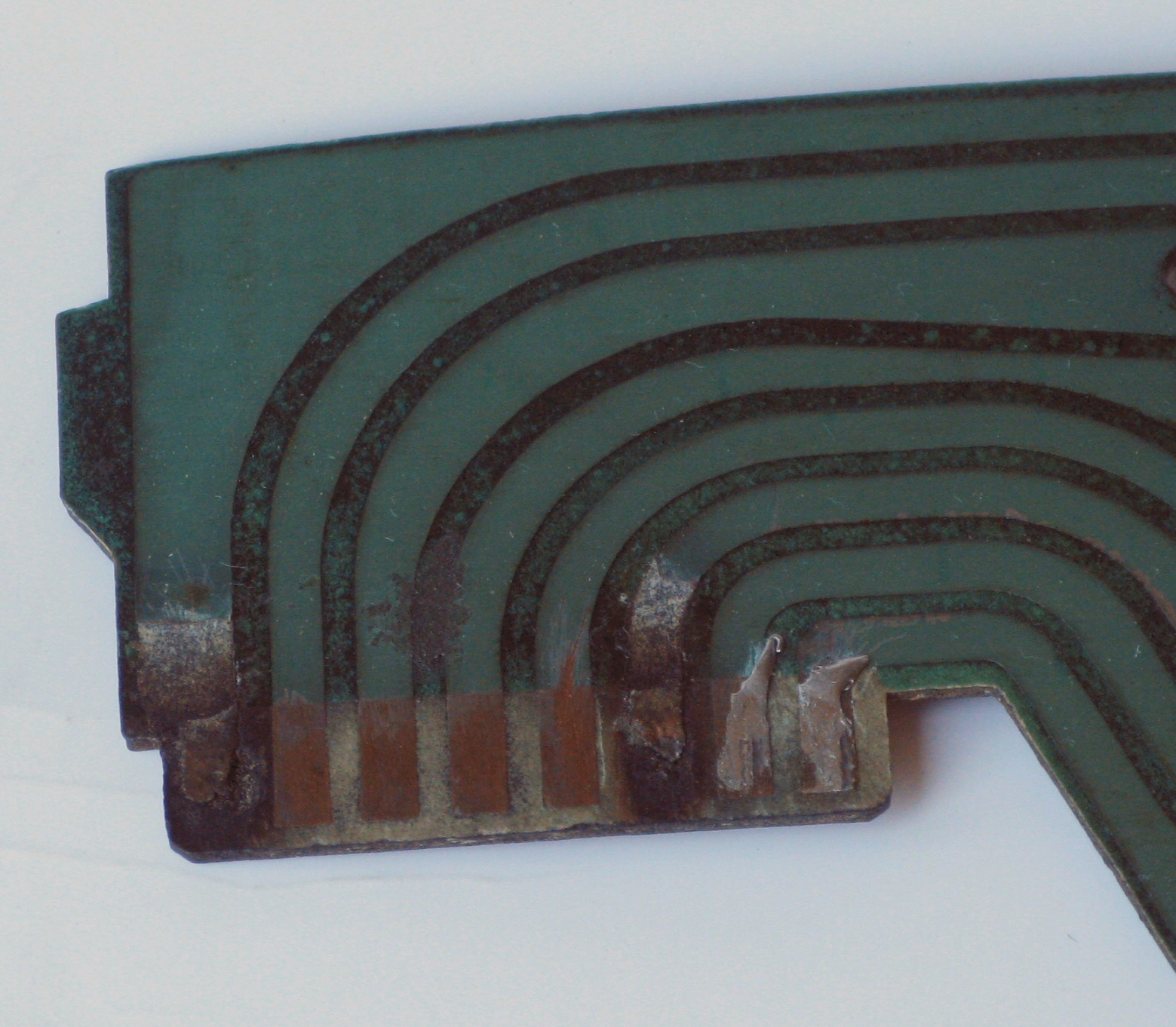